Policy and Theory of the Arts (M.A.) - Faculty | Bezalel Academy of Arts and Design, Jerusalem Skip to main content

Dr. Shaul Setter, head of the Master's Program in Policy and Theory of the Arts (M.A.), is a lecturer and writer in the fields of art, literature, and theory. He holds a master's degree from Tel Aviv University and a doctorate in comparative literature from the University of California, Berkeley. He deals with the relationship between aesthetics and politics, literature and art of the 20th and 21st centuries, political thought, continental philosophy, and critical theory. His doctoral thesis discusses neo-modernist art projects ranging from Europe to Israel/Palestine. His book on Jean-Luc Godard, Jean Genet, and the Palestinian struggle in the 1970s was published in 2021. His articles have been published in academic journals, reference books, and catalogs. For several years, he was the art critic for Haaretz. Since 2019, he has edited “Theory and Criticism”, a journal for theoretical thought and critical review, which is published in Hebrew twice a year by the Van Leer Jerusalem Institute.

Dr. Itzhak Benyamini teaches at Bar-Ilan University and at Bezalel Academy. He is editor of Resling publishing. Authored the following books in Hebrew: What Does the Man Want? (2003), Paul and the Birth of the Sons' Community (2007), Lacan's Discourse (2009), The Laughter of Abraham (2011), and Subject-Screen (2018); in English: Narcissist Universalism (2012), A Critical Theology of Genesis (2016).

Roy Brand is a philosopher and a curator working in the areas of modern philosophy and contemporary aesthetics. He is a senior lecturer in the Master’s programs of Bezalel Academy of Arts and Design, Jerusalem. He founded and directed Yaffo 23, a center for contemporary art, and he is editor and curator of numerous art exhibits, among them, The Urburb: Patterns of Contemporary Living (Israeli Pavilion of The Venice Biennial, 2014) and Bare Life (Museum on the Seam, 2007). His book LoveKnowledge: The Life of Philosophy from Socrates to Derrida was published in 2013 by Columbia University Press, New York and translated into Korean, Hebrew and Persian. His book Art and the Form of Life is forthcoming by Palgrave Macmillan. He currently heads Parterre Institute for Philosophy and Art in Tel Aviv.

Orna Coussin (born in Paisley, Scotland, 1967) is a writer and writers' mentor in Israel.

After about 20 years of writing culture commentary for Haaretz Daily and other Israeli publications she began dedicating her writing to personal essays, memoirs and short stories – seven of her books have been published to date.

In 2009 she has received the Prime Minister Prize for Hebrew Writers.

"Climbing That Mountain, or: How to Write" (Achuazat Bayit Publishers, 2015) is a writer's guide and an essay about writing, and was an Israeli best seller.

Coussin lives in Tel Aviv with her partner Michal and their two daughters Naomi and Yael.

Dr. Liat Friedman
lyatfriedman@post.bezalel.ac.il
Courses
What is Philosophy
Criticisms
Fundamental concepts in culture
Thesis workshop
I, She, It
The Art of the Question – A Question of Art
Read more

Lyat Friedman has completed undergraduate studies at Ben Gurion University in behavioral sciences and received a master’s degree from New York University, in philosophy.
She has obtained a PhD, in philosophy from DePaul University, Chicago, where she wrote a dissertation on Plato’s dialogues. Before returning to Israel, she participated in Jacques Derrida’s seminar at University of California, Irvine, for four years. Upon her return, she taught for five years at the Philosophy, Comparative Literature and Gender Studies Programs, Tel Aviv University and for ten years, was a faculty member at the Philosophy Department and Gender Studies Program, Bar Ilan University. In the last eight years, she serves as chair of the M.A. Program in Policy and Theory of the Arts, Bezalel Academy.
She specializes in Continental Philosophy, Phenomenology, Cultural Studies, Psychoanalytic Theory, Gender Studies, Art Theory and Critical Thinking. Her book, In the Footsteps of Psychoanalysis was published in 2013, in Hebrew. She has published many articles in both Hebrew and English; she is a member of the Continental Philosophy Seminar; together with Galit Wellner, Phd, she has edited the second issue of Notebooks in Continental Philosophy (2020). Her next book, Transformative Criticism, is in process.

Dalya Y. Markovich is a lecturer at the Visual and Material Culture department, Bezalel Academy of Art and Design, Jerusalem.
Markovich received her PhD from the School of Education, The Hebrew University of Jerusalem (2007), followed by Post-doctoral studies, Ben Gurion University of the Negev (2008), followed by M.A from the History of Art Department, Tel Aviv University (2010). In 2003 she was a Fellow at Heschel Sustainability Center, followed by fellowship at The Mandel Leadership Institute (2004-2006).
Markovich's main fields of research are the theory and practice of teaching (art) education in multi-national and diverse cultural society. She was the editor of Bezalel Journal of Visual and Material Culture (2014-2016); Hakivun Mizrach (2003-2005); Noga (2004-2005); Iton 77 (2006-2007); Block, City, Media, Theory and Architecture (2008). Her edited collection – Understanding Campus-Community Partnerships in Conflict Zones, Engaging Students for Transformation Change – was published at Palgrave McMillan Publisher (2019). Her book Nationality and Ethnicity in an Israeli School: A Case of Jewish-Arab Students – was published at Routledge (2019).

Lecturer and researcher in the fields of Museology and Visual Culture.

Geologist, specialized in science education and museums and the Visual Culture of Science.

Naomi teaches at the Departments of Visual and Material Culture (including the B.A. program), as well as the Master in Policy and Theory of the Arts and the M.Des. Program in Visual Communication.

Nirith Nelson, curator and lecturer, resides in Israel. Has earned her BA and MA from the Hebrew University, Jerusalem in Art History.
Since 1998 on, she is a faculty member at the Bezalel Academy of Arts and Design, teaching curatorial practices and contemporary art. In 2019 was appointed to be head of the Curatorial Studies in the frame of the Policy & Theory of the Arts Masters Program at Bezalel.

Worked at the Israel Museum as a curator and lecturer (for 9 years) headed the JCVA residency (http://jcva.org.prv05.dodihosting.com) as its artistic director (for 14 yrs), was the art adviser to the Jerusalem Foundation (for 14yrs) and worked in several other institutions.

In those frames as well as an independent curator, curated over forty exhibitions both in contemporary art and design, which were shown in major venues in Israel and abroad.

Dror Pimentel teaches at the Visual and Material Dept. and at the M.A. Program for Policy and Theory of Art. His main areas of expertise are continental philosophy, phenomenology, aesthetics and semiotics. His publications include: The Dream of Purity: Heidegger with Derrida (Magnes Press, 2009 [Hebrew]); Aesthetics (Bialik Institute, 2014 [Hebrew]); Heidegger with Derrida: Being Written (Palgrave Macmillan, 2019), and articles in: Iyyun: The Jerusalem Philosophical Quarterly; Heidegger Studies; British Journal of Aesthetics and Phenomenology; Performance Philosophy Journal, among others. He recently translated Heidegger’s Letter on “Humanism” (Magnes Press, 2018). 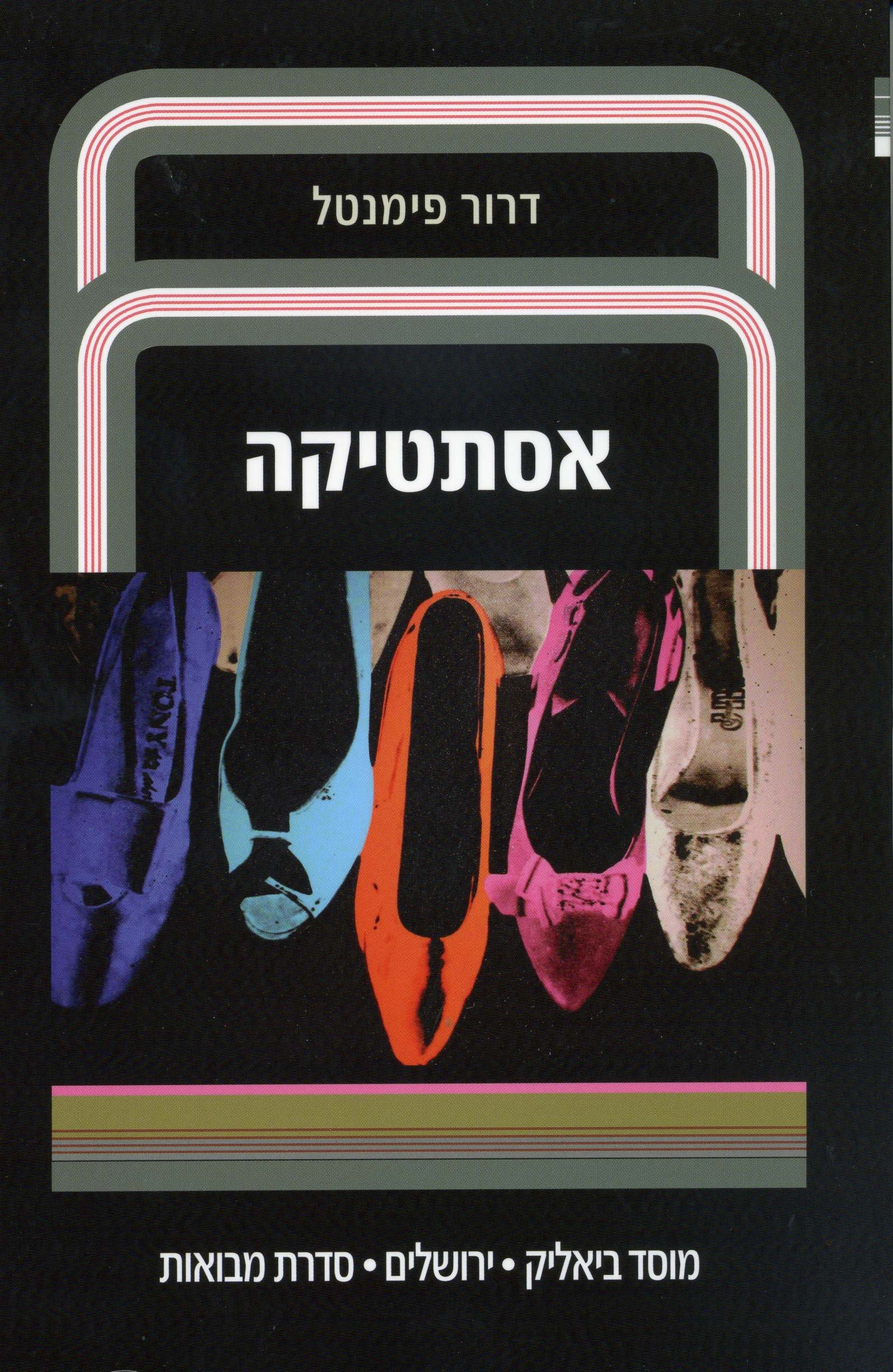 Asher Salah is Associate Professor at the Bezalel Academy of Arts and Design and the Hebrew University in Jerusalem. He has been a fellow at the Katz Center for Advanced Judaic Studies in 2011-2012 and in 2014-2015, and at the Maimonides Center for Advanced Studies in Jewish Scepticism in 2016-2017 and 2020-2021. His scholarship deals with Jewish literature in early modern Italy, Sephardic studies and Jewish cinema in the Mediterranean area. His publications include a translation into Italian and an analysis of Samuele Romanelli’s Masa‘ Be‘arav (Florence: Giuntina, 2006), La République des Lettres: Rabbins, médecins et écrivains juifs en Italie au XVIIIè (Boston/Leiden: Brill, 2007), L’epistolario di Marco Mortara: un rabbino italiano tra riforma e ortodossia (Florence: Giuntina, 2012), Diari Risorgimentali: due ragazzi ebrei si raccontano (Livorno: Belforte, 2017), and with D. Flesler and M. Friedman, editor of “Genealogies of Sepharad,” Quest. Issues in Contemporary Jewish History, 18 (2020).